A huge thank you and well done to Chris on his Virtual London Marathon achievement. Chris was fundraising for the British Dyslexia Association to raise awareness and support his niece and nephew.

Read his incredible journey from the start to finish line! 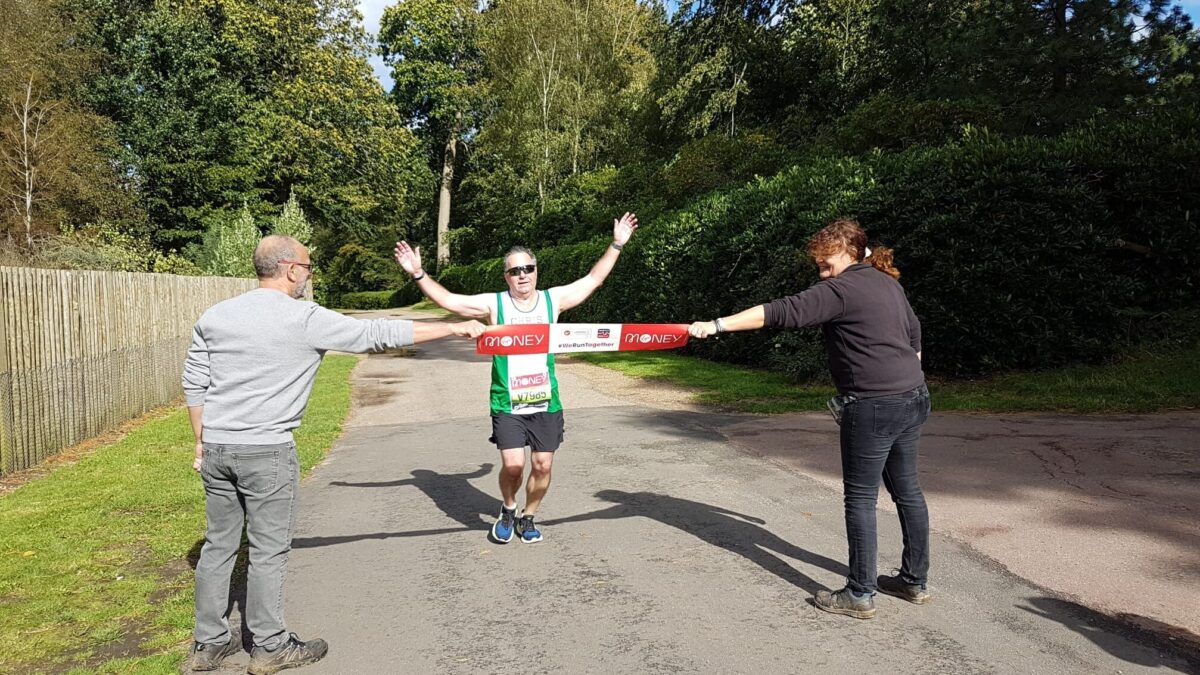 Sunday morning, it was 5.30, my alarm waking me. Getting up, go downstairs, put the kettle on, making porridge, sitting watching breakfast TV. All part of my weekend morning routine for the last 3 months, except today was different; why? Well today on TV was the early coverage of the London Marathon which was happening later on, and although I was not going to be there in person, I was going to run the Virtual London Marathon. Yes, it was 26.2 miles, there would be no crowds to support me, no medics if anything went wrong, no water stations so I had carry everything I wanted to drink, no other runners providing support and banter; just me and 26.2 miles.

So just before 7am I set out. It was chilly, the birds were out, numerous squirrels running around looking at me thinking "it's him again". The conditions were perfect, and soon the mileage started to add up. I was the joined at 6 miles by some of my fellow runners from Runnymede Runners in Windsor Great Park; they ran, supported, chatted with me and peeled off when they had completed the distance they wanted to do. The last one said goodbye and good luck at 21 miles.

I was now on my own, my legs were feeling it, my body felt drained, I was feeling exhausted, I couldn’t face another gel or sugary sweet; all I could think about was running and finishing this event I had pledged to complete. All I could think about is finishing and all the other runners around the country driving themselves on for the personal challenges and charities they were representing including my nephew and niece who suffer from dyslexia and with support have found their way in society.

Coming to the top of a small hill where I was due to finish, I could see a few people, my running buddies had arranged for a “finish line” for me. I may not have been in London, but I was part of a great event. I managed to complete the run with a combination of running and brief walking and finished 36 seconds under 5 hours.

I am now writing this a couple of days later; my legs feel OK, I still have a beaming smile on my face, can’t stop throwing into the conversation, “did I mention I ran a marathon at the weekend?” Has it put me off long runs? No.

I am lucky enough to be able to represent the BDA in the Mass London Marathon next October. Better get my trainers on at the weekend!