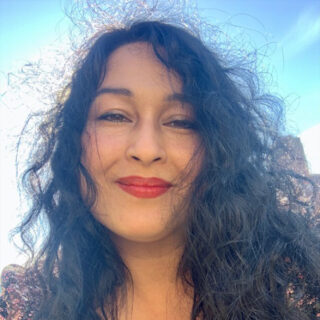 Tell us about your dyslexia diagnosis- when were you diagnosed and when did you / family members / friends / teachers realise that you were having challenges?

I think I have always known there was an issue with my spelling and writing and teachers would often shout at me not being able to spell. I would get teased by other students for having a lower spelling age. Years ago dyslexia wasn't always recognised or acknowledged in schools so in actual fact I struggled through life until I finally got diagnosed in my late 30's.

Dyslexia can affect every part of my life. I can't tell the time on an analogue watch. I can't do directions. I can't spell. Stress affects me differently as well and I find it harder to concentrate and focus when stressed. Sometimes it's really hard to do things other people find easy to do. Lack of understanding makes people think your are stupid which is far from the case.

Sometimes it can be so hard trying to be normal that you can forget who you really are. I don't think my family fully understand it even now, or even accept it as a condition. Sometimes I feel like my brain works too fast for the world and it can be hard to make friends or be in a relationship.

There are positives though. I see things more holistically. I can multitask like no one can and I'm so creative; I have an awesome imagination and I think visually in pictures not words. I notice the little things easily and variations in body language and tone of voice which makes me perceptive and good with people.

I’m not stupid; I just process things differently. I can think outside the box - notice things other people don't and dyslexia has taught me never to give up. I'm not afraid of challenges now and am so very much resilient. It has also taught me to be more understanding, empathic and accepting of people with neurodiversity or differences because having struggled myself, I know how it feels to be an outsider.

I am also very good with children, animals, plants and tasks, and things that don’t necessarily rely on spelling or words as much.

To be honest I haven't received much support because it wasn't really recognised, I was in my late 30's. Although I may have had extra support by tutors in class, it often felt like it was a punishment for being stupid.

I also felt ashamed to admit that I was struggling, so I spent most of my life hiding my difficulties. It has been a real struggle to get support for my dyslexia from work.

Being dyslexic or not I have achieved so much in my life. I passed my driving test which was so difficult for me to do. I am now in the process of completing a degree, something I never thought would be achievable or possible, and yet here I am giving it my best shot.

The advice I would give is don't give up. Don't give up on your dreams! If you look into it you might find that you are capable of so much more than what people may give credit for, and there may be actual real advantages to being dyslexic.

Take the time to find your talents. Look to those who provide you with inspiration.

Having a diagnosis may actually be a positive, because now you can understand dyslexia better and get the right support for you. There is nothing wrong with you. You are enough.

Its a shame that society isn't governed to support dyslexics. Please be aware that dyslexia impacts people differently, so if you want to know more just ask.

We are not stupid, we just process things differently.

If you get a fish to ride a bike it will fail epically, but put it in water under the right conditions and it will flourish. I believe people are the same. We may have hidden talents you don’t even know about, or even some we may not know about yet.

Please also be aware that people with dyslexia may have other differences such as dyspraxia or dyscalculia or even attention deficient disorder. Having dyslexia may also mean we are more susceptible to mental health difficulties.