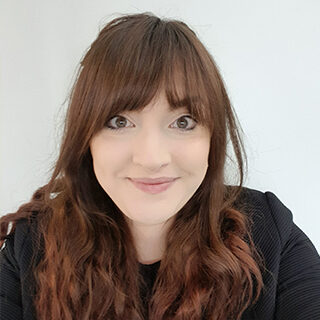 For me it first became apparent that I was not as far along in my education as most other kids when I was nearly 7 years old. I was in the library (oh the irony) looking at the pictures in the books (what else would I have been doing) when the library assistant came over, sat with me and asked me to read to her.

I remember that all-encompassing feeling of complete panic as I looked at the page and thought – I can’t – knowing that everyone else in my class could to some extent. She finally managed to wheedle out of me that I couldn’t recognise any letters or words - something my 2 year old daughter is already able to do.

I had some tests and got branded with my new label.

I struggle the most with issues surrounding memory and processing speeds. Meaning I sometimes struggle to listen to people, process what they were saying, organise my thoughts and then articulate them into a response. So, I can seem quiet and withdrawn – I’m actually not really shy once I get talking, just mostly struggling to express myself and the anxiety that knowing that creates. Particularly in group settings I don’t always contribute as much as I would like to as by the time I’ve formulated my response, often everyone else has moved on.

I find it much easier to read paper than screens (Smart TV’s although pretty are so not my friends) and working from home with only my monitor to read things like regulatory guidance, interpreting it and picking out actions has required my 100% focus.

The truth is that often these tasks will take me a bit longer than the average bear and require more of my energy. But I’m ok with that and am learning to control the anxiety it creates and enjoy the challenge.

Lack of sleep following having my daughter and returning to work after a year of not having to use my brain in the same way was difficult. I’ve had to really re-evaluate my needs over the last year or two and figure out what works for me, against me and what I can do to give myself the best possible chance of success. But it’s an ongoing process and something I will deal with throughout my entire working life.

Dyslexia has made me work hard for what skills I do have. I know that I can achieve anything I set my mind to – and yes I might have to work harder than others to achieve some things – but it doesn’t mean they are out of reach or that I shouldn’t try.

I got a bit of extra help, but school continued in much the same way for me and I although I did relatively well in more creative subjects like art, music and drama, I didn’t enjoy or flourish in those that were more ‘academic’. School certainly didn’t instill a love of learning or highlight anything I was particularly good at.

I started working for the local water company in their customer service department when I was 19 on the phones and that suited me well. A few years later I remember being given my first customer letter to respond to by my manager and that same panic from years ago set in. Luckily for me that manager could tell and made the effort to ask, finding out I didn’t have a clue where to start and over the course of a few years worked with me to help me improve my written skills and made sure I knew she believed in me.

Sure, it was a little extra effort for her and she really had to get to know me to understand how to best focus her support, but she has set me up with skills that I can take anywhere both in and outside of work.

I think I’ve got two – the first is finishing my first book as a teenager. Getting to the last page and knowing I’d done it is a feeling I will never forget – accomplishment, and that feeling ignited an absolute love of reading I’ve never lost - it feels like such a privilege to be able to pick up a book and know I can read it.

The second being work related and I’ve alluded to it above. It’s not necessarily one particular achievement rather an accumulation of hard work over several years – to get from not knowing how to answer a very simple customer letter to the point where I drafted a Company response to a regulatory report. I had a bit of imposter system about it – but actually now I feel quite proud.

Other’s experience of dyslexia will be different to mine and people will need different kinds of support.

If you are supporting a person like me, the best thing you can give them is time, ask them what they need and really get to know them.

If you are like me, really think about the things you struggle with and/or cause you anxiety, be honest about them, seek support, try to think of workarounds, make plans, advocate for yourself if a way of learning isn’t working for you – even if its scary to do, play to your strengths and most importantly – don’t give up. Because where you are today won’t be where you are tomorrow if you work hard and accept help from others.

Its so important not to judge and be influenced by any pre-existing bias you may have – view people with dyslexia as opportunities to create, invest and add real value when supported in the right way. Its not a problem – its just different.