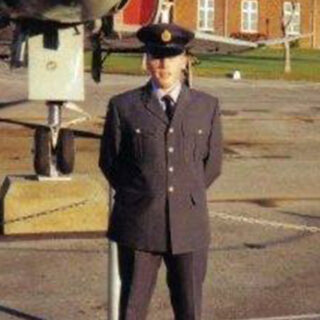 I went through the whole education system being told I needed to try harder and do better, and it wasn’t until years later that I met someone who was dyslexic. They explained the symptoms of dyslexia and I saw a lot of similar traits in me.

I got tested when I was around 30 and was found to be severely dyslexic.

I left the education system feeling worthless and useless, with my dreams quashed. I saw my diagnosis as a positive thing because it was a reason why I was the way I was, and it was confirmation that I wasn’t stupid.

The challenges I have had - there are areas that I have had to work ten times harder than anyone else just to achieve what others find easy.

The positives outweigh the negatives. I see things differently to others. Things that I find really easy other people just don’t understand how I do it. As an engineer I find a lot of people look at issues in an isolated way. I’m able to see the whole system in my mind and understand the impacts to other parts of the system. Also, I’m able to find solutions to complex problems.

Since my diagnosis at 30, I haven’t had any support because I was worried about the negative impact of telling anyone. It wasn’t until I started a new job in 2014 were my new boss already knew that I was dyslexic before he hired me that I got any. He sat down with me and asked if I needed any help.

This was a turning point for me and I took him up on it. I went through access to work and had some coaching, used text to speak and speak to text software, livescribe pen and a Dictaphone to help me. I don’t know how I managed with out them.

My careers teacher at school told me that I wasn’t clever enough to be an engineer or to join the RAF which is all I ever wanted to do as a child. I accepted that and went to work in a factory believing that is all I could ever do.

When I was 21 I joined the RAF to start my career as an Electronics Engineer. Ever since then if someone tells me I can’t do something I just see that as a challenge to prove them wrong.

Do not see it was a disability! You’re living in a world that is setup for neurotypical people.

Comparing how your brain works to theirs's is like comparing Bruce Wayne to Tony Stark. Bruce Wayne created Batman to become a masked vigilante to fight crime. Whereas Tony Stark was in a difficult situation; most people would have just given up, but he created a suit that was like a walking, flying tank which became Ironman. He made lots of improvements and then went on to save the planet.

Is Batman good enough to be an Avenger? I don’t think so. A lot of people don’t understand dyslexia and only see the negative side, they don’t see the problem solving, creative side like Tony Stark.

You won’t be great at reading and writing, but don’t beat yourself up about that. That's all some people can do and there are tools that can help you with that. You have much much more. See dyslexia more as an “Ability”, some people use the words “Super Power”.

Were not stupid; spelling and grammar isn’t the mark of intelligence or ability.