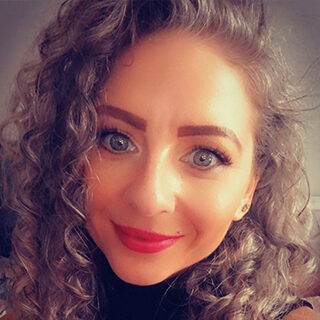 The negative challenges I have with dyslexia is the frustration that comes with it. Its like your brain plays tricks on you. One day you can spell sunshine and the next day when you need that word you just cannot spell it. Also, I know exactly what I want to say but writing and/or verballising, I seem to get all in a tizz where I feel that I haven't expressed myself properly.

The positive outlook that I have with dyslexia is that I know I think differently than other people and I use this as my "superpower' where the majority of people will see/think of a situation in a certain way I always seem to put a spin on it. I like knowing that I see the world differently.

To be honest at my age dyslexia wasn't really know, even though I was diagonsed very young. Most teachers I felt humiliated me. Or they just placed me in the lowest sets at school because they thought that was best.

I had 1 English teacher who told me that the reason I "messed" about at school was because I was highly intelligent and that my other teachers were not challenging me. She requested that I be retested in my sets and it turns out I was 5 sets lower than I should have been. They just assumed because I was dyslexic I was unintelligent. I did however, in higher education have a dyslexia teacher who assisted me a few hours a week, that was awesome!

I decided to go to University and when I told my family they were all in shock. I hated school and College, and complained the whole time I was there, so they couldn't understand why I wanted to go. Nevertheless, I went to University and completed a double degree in Criminology and Sociology. Yes, at times I had to go to extra classes and have extra assistance when other people were socialising, but I felt more understood in University than in any other educational sector. So much so I finished University with a 2:1 degree.

I have now been working as a Criminologist for the last 10 years. In my current role I "failed" the entrance assessments due to me taking longer to write a letter. However, third time round I got the job and it turns out I am their best worker. Yes, my letters/emails/paperwork take a lot longer than my colleagues; I still remind myself everyday of how amazing I am to be working alongside my dyslexia.

I never say 'I'm dyslexic' I always say 'I have dyslexia. For me that's important because dyslexia doesn't happen to you, it is a part of you! Once you understand that, hopefully you will feel less frustrated because then you learn to work with your dyslexia.

I used to feel ashamed and never tell anyone I had dyslexia, but in turn that caused me to suffer in silence. Now, I tell people that I have dyslexia and make them aware that my mind works differently. When someone with dyslexia cannot spell/say a word then our mind will in the speed of a millisecond think of an alternative. This makes us very unique, not stupid.

Hold your head up high and embrace how you view the world, because regular people are not as fortunate to have our superpower :)

I would like the world to know that the misconceptions of learning disability is a miniscule account of someone who has dyslexia. I can read and I can write! Dyslexia is more of a neurological process. Our brains are so overactive that yes we may become forgetful, my eyes may scan so quickly that it misses words, an email may take longer because I'm so passionate about getting my point of view across, but this does not make anyone "stupid"; it actually highlights that the world is different, and different is good.