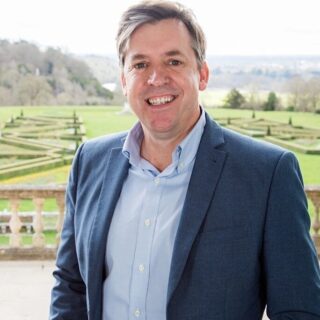 Today, Darren Clark is a successful, award-winning entrepreneur, and an international speaker who has inspired thousands of people across the globe with his tireless campaigning for dyslexic people everywhere.

Unable to complete his formal schooling due to undiagnosed dyslexia and ADHD, Darren first built a career in retail, rising through the ranks of Sainsbury’s and Tesco until he reached managerial level in Safeway. In 2011, with his business partner Kelly Holbrook, Darren set up Spotless Cleaning, which became one of the biggest cleaning companies in the South West. They then set up several successful businesses to create the Spotless Group. Since then, Darren and Kelly have created jobs for more than 400 people and established a substantial portfolio of successful businesses.

Darren and Kelly went on to create a group of companies under the banner Global Dyslexia Group, which included a digital marketing agency for the dyslexia sector, motivational speaking, and support for schools and parents in understanding dyslexia. They also provided corporate training for large companies focusing on how to support staff with dyslexia and other Specific Learning Difficulties (SpLDs).

In 2020, during the national lockdown, Darren and Kelly set up an online Global Dyslexia Group Inclusive Network and its monthly meetings attract a succession of inspiring speakers and the network continues to flourish. At the end of 2020, they made the decision to simplify their business model so that Darren could move forward under his own personal branding as an independent neurodiversity consultant, offering the full range of marketing, speaking, training and advocacy services previously offered under the Global Dyslexia Group banner.

It is only a couple of years since Darren decided to do what he could to raise awareness and campaign for dyslexia. He knew that many children today have the same unhappy experiences in school because of undiagnosed dyslexia and he asked his old school if he could go in and speak at an assembly. Since that first talk, Darren’s success as an inspirational speaker has generated invitations to speak at hundreds of venues all over the UK and across the globe.

In 2019, Darren was recognised as SWA Male Entrepreneur of the Year for his string of successful businesses. His activism for dyslexia was also recognised that year, when he was invited to become a global partner for the International Dyslexia Association, an Ambassador for the British Dyslexia Association, and a member of the All-Party Parliamentary Group advising the UK government on issues associated with SpLDs.

He is also a partner of the dyslexia Bali foundation in Bali, and an International Ambassador for the Dyslexia Organisation in Kenya.